Serving all of Michigan 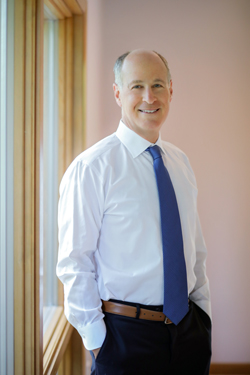 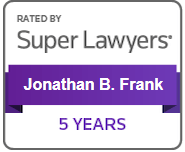 Jonathan B. Frank received his B.A., with distinction, from Stanford University in 1982 and his J.D., cum laude, from The University of Michigan in 1985. He practiced in Los Angeles at O’Melveny and Myers until 1989 when he moved back to Detroit (with Jan) where he was a shareholder with Mason, Steinhardt, Jacobs & Perlman, a shareholder with Jackier Gould, and eventually formed his own practice in 2006 enjoying Of Counsel relationships, the most recent with Maddin Hauser from May 2015 until May 2019. He has written extensively about solving business problems and counseling clients through the litigation process. Jon is a trained mediator and a neutral arbitrator for the American Arbitration Association. Each year since 2013, Jon has been selected by his peers for inclusion in the Michigan edition of Super Lawyers®. The Martindale-Hubbell Law Directory has awarded Jon its highest legal ability and ethical standards rating (AV), as well as its Client Distinction Award for positive client feedback (less than 1% of the 900,000+ attorneys listed on martindale.com and lawyers.com have been accorded this Martindale-Hubbell honor of distinction).

"Jon is focused on obtaining the desired result for his client at a reasonable cost. He is a man of integrity who truly cares about what is best for his clients. When appropriate, he will think creatively about how to solve a problem — even if the approach is unorthodox. This often allows him to be one step ahead of his adversaries in the litigation chess match. I would wholeheartedly recommend Jon to family and friends knowing they would be in competent and efficient hands."

For any general inquiries, please fill in the following contact form:

*Please do not submit highly sensitive information via website.

No action related to the transmission, reading, distribution or submission of information by, from or to this website establishes a client-attorney relationship.